↓
Not totally sure what happened in the end. The drinks licence was lost – not sure why. The club was attacked on several occasions by disgruntled would-be members who appeared to want the whole night to be devoted to Bluebeat and Ska. A bunch of ‘gentlemen’; turned up every night in the end period of the club’s existence who could well have been understudies for the film ‘The Ladykillers’;. The only name we can remember was Louis who appeared to have a wooden leg as well as a cauliflower ear. The trouble on the door certainly diminished after they arrived on the scene but may be their presence led to the problem of the licence renewal (this is speculative) as they were possibly related to the notorious ‘Quality Street Gang’ – Manchester’s own Mafia in the fifties and sixties. Names like Jim Swords were bandied about and Alan Tottoh the boxer made an occasional appearance.

The car park where once the Blue Note stood. The entrance was approximately where the Gore Street sign now hangs

One night John took us to a new club for a drink and a talk about the club’s future. The club was the Avenida situated off Albert Square, Manchester and now the home of the excellent Croma  restaurant. His new idea to secure the club’s future was to run all nighters on a Saturday night. We didn’t think this would succeed as all our friends who used to go the Twisted Wheel all nighters had stopped and moved on. Besides, clubs such as Time and Place had arrived with massive investment, several bars and dance floors and the whole disco movement had just begun. At that point, I kind of lost interest. I thought the writing was on the wall and besides, Time and Place had become the place to be on a Friday and Saturday night. The last time we saw John Fogel was in the New Grapes pub on Quay Street, Manchester in 1971 where he suggested a trip to Paris to visit the girls who had worked behind the bar as they had both gone on to become au pairs in France. As I was out with my future wife, this idea wasn’t I goer and I had to decline the offer. 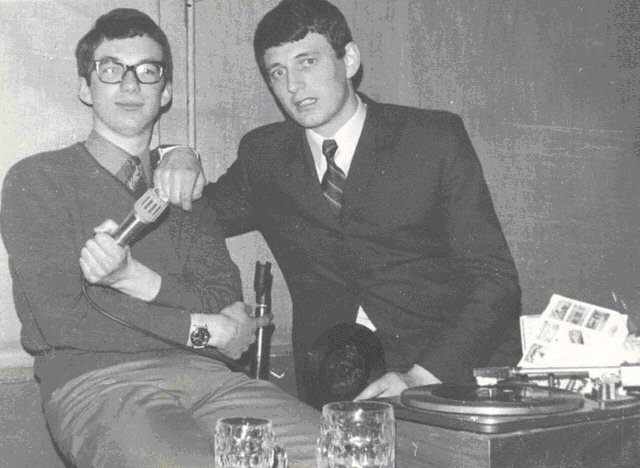