↓
The Blue Note Club, Manchester was a Soul / mod Club quite close to the Whitworth Street  Twisted Wheel. It was located on Gore Street, right next door to the Waldorf Hotel The club was demolished over forty years ago and has been reassigned as a car park – not the most exciting urban renewal we have encountered. The Waldorf Hotel, however, where many of the club members used to pop in after having got their pass out stamp on their wrists, is still flourishing, more or less unscathed with one or two internal alterations. So why give this long forgotten club its own  website? The Bluenote was a cool, cool club. The music it played whilst mainly soul based, was often found from trawling through obscure labels and American imports, sometimes discovered in an afternoon, played that night and the crowd’s appreciation or otherwise deciding its fate. This method eventually went on to form the framework for the Northern Soul movement and whilst not claiming responsibility for the movement (a never ending story full of claims, counter claims and downright untruths), it did have its part to play. But the dj’s played a fairly  eclectic mixture of Soul, Funk, Jazz blues and the decidedly oddball track now and again, in a similar manner to the Twisted Wheel when it was still based in Brazennose Street. 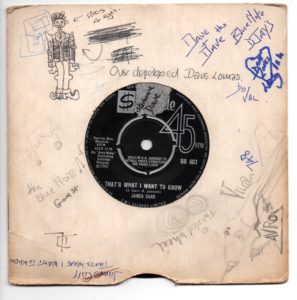 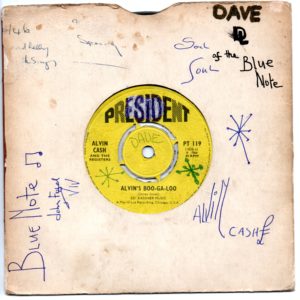 Read about its origins, its characters and its demise. Although the Twisted Wheel deservedly is still widely known today and its influence on the soul movement recognised, the Bluenote is more a footnote in Northern Soul history but an interesting one, nevertheless. It was a good place to be, a haven from the Twisted Wheel just down the road on Whitworth Street  where pills for the allnighters had become virtually obligatory. The Soul Survivors were the ones who had been through that particular mill and worked their way out again. Many went on to become Blue Note fans – wanting the music without the paranoia of pills. 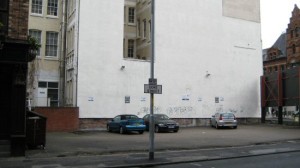 Today, even the building that housed the Twisted Wheel has been demolished to make way for a boutique hotel, proving once more that Manchester still has no hesitation in destroying its musical history. It was ever thus, just ask the shade of Tony Wilson.